"Corruption is a global problem: the most important thing is to build up a more transparent system" 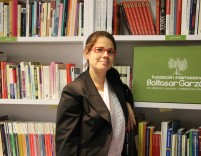 Madrid, 21 de mayo de 2015. María Garzón, Baltasar Garzón’s daughter, shares with his father – the well-known Spanish jurist - more than a surname. She is the director of Fundación Internacional Baltasar Garzón, which aims to extend the principles of her father’s work to other important areas related to Human Rights. Nowadays, they are fighting against impunity and international corruption. In this interview, she explains the reasons why FIBGAR decided to join and support Restarting the Future’s campaign.

FIBGAR was born in December 2012, when Baltazar Garzón, funding member of FIBGAR, decided to continue working in some projects that he had begun thirty years ago as a jurist of the Spanish National High Court, alongside several organizations and universities. FIBGAR was created with a clear mission: the defense of Human Rights and Universal Jurisdiction, an important tool to fight impunity. Since its creation, FIBGAR has grown exponentially and currently, we have headquarters in Madrid, Mexico DF, Buenos Aires and Bogotá. In addition, we develop specific projects in Tanzania, Ethiopia, El Salvador and Paraguay.

-Which are your main lines of work?

FIBGAR has established six strategic lines of work: the defense of Human Rights; the implementation of an Universal Jurisdiction to combat impunity; conflict mediation and peace building; the defense of indigenous people’s rights; fight against macro-crime, including corruption, and the strengthening of emerging democracies with strong citizens’ participation. Furthermore, our work focuses on three priority groups: youth, women and indigenous communities.

-Currently, how many projects are you running?

According to our three main strategic lines of work, FIBGAR tries to develop different projects adapted to the reality of the countries where it has its headquarters.

For instance, in Spain, FIBGAR is working on some projects relating to the fight against the impunity of crimes perpetuated during the Franco’s dictatorship. Specifically, we would like to establish a Truth Commission. FIBGAR is focused on developing this organism in order to foment democracy memory, advice victims and compile reports for International Organisations related to the field. We would like to share all this information with society so as to keep alive our memory.

On the other hand, we would like to achieve the adoption of the new Universal Jurisdiction principles. Since the application of the Princeton principles, their implementation have developed suffering changes. Actually, our circumstances and needs have changed in several ways as well. For this reason, we have to update and extend these principles. In this sense, FIBGAR would like to promote a debate between experts, juries, International Human Rights Organisations, the N.U. as well as politicians and victims of several countries. The main objective is to consolidate these principles for everyone’s benefit.

Finally, FIBGAR fights against corruption. Nowadays, we can see on the newspapers several cases of corruption which recall the public institutions’ mismanagement of our resources, particularly in Spain. In this sense, we are publishing reports to raise awareness on the importance to fight the wrongdoing in public institutions.

-Why did FIBGAR decide to join Restarting the Future’s campaign?

Taking into account the commitment of FIBGAR in the fight against corruption, we couldn’t dismiss Restarting the Future’s offer to join their campaign. We are convinced that we can make a real change if we work together, mostly within an European NGO’s network.

-In your opinion, which should be the main points to fight corruption?

We have to approach corruption as a global problem. In our view, the most important thing is to build up a more transparent system. If we really want to fight corruption, we have to gain the commitment of the whole Public Institutions in order to publish, in detail, what they do and how much they spend.  We have to provide citizens with important tools that would let them have a stronger control of the Public Institutions. We have to improve accountability by creating Citizen Councils, for instance. In addition, it is essential the development and implementation of an effective legal and administrative system, to provide an easy way to denounce cases of corruption. This new system should apply stronger sanctions as well. Finally, it is important to raise awareness of the real risk of corruption among communities and individuals. 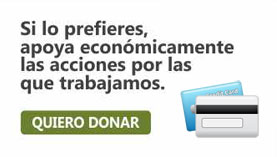